International Day of the Nurse is a special day to express gratitude to the phenomenal nurses working round the clock to keep our planet healthy. Presently, they are doing great work towards defeating COVID-19. We are extremely grateful to the nurses and their families. 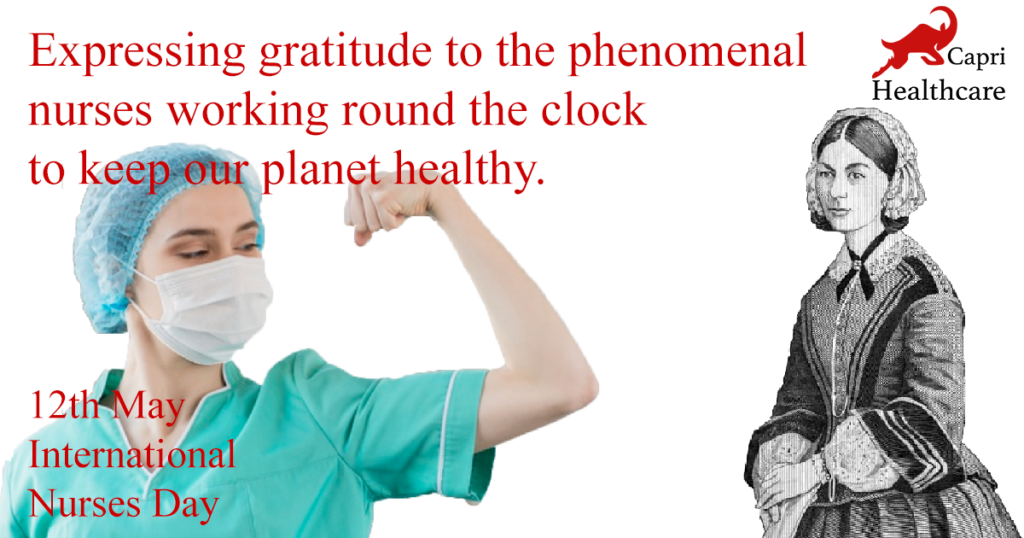 This week, we say thank you.

On the birth anniversary of Florence Nightingale (12th May) who became an icon of Victorian culture, especially in the persona of “The Lady with the Lamp” making rounds of wounded soldiers at night, we say thank you to all wonderful nurses.

She gave nursing a favourable reputation and was a British social reformer and statistician, and the founder of modern nursing. Nightingale came to prominence while serving as a manager and trainer of nurses during the Crimean War in which she organised to care for wounded soldiers.

Today when we are fighting against the deadly coronavirus, Team Capri would to thanks our nurses who are working on the front lines to keep us safe and healthy. Thank you to the nurses around the world for all that you do and the difference you’re making. And thank you for always showing up for us.